This blog is to provide all the important aspects regarding the NPS scheme. The NPS is a national pension scheme. It is only for the central government employees who have completed their service tenure. In terms of provided monetary pay which is referred to as pension. As you already might know the fact that central government employees have migrated to this new scheme. Those who joined their services on 1st January 2004 and after. So we just look forward to knowing the core aspects. The benefits availed under this scheme actually provided privileges for government employees and concessions for the ones who got retired just before implementing the scheme.

This NPS (national pension scheme) came into existence on 01-01-2004. And made it applicable to all the central government employees except the armed forces. This is because the armed forces will have their own pension-sanctioning authorities like SPARSH. The administrative body for the NPS has appointed the NSDL (national securities depository limited) as the central agency for recording the tracks for NPS. moreover, the NPS has been made available to all the citizens of India from 01-05-2009.

The central government employees have the option to select PFs and investment patterns in tier-1 as dated on January 31st, 2019.

It will open the account for tier 2 only after the investments are made into tier 1. Moreover, there are no restrictions imposed on the withdrawals from tier- 2 accounts. The central government employees can request the change from tier 2 to tier 1 and vice versa.

There are certain conditions that one should particularly follow. There are as below:

NPS Scheme Conditions for the death of subscriber:

You might have raised a doubt regarding the conditions of the death of the subscriber. The entire amount or contributions will be paid to the nominee or legal heir of that subscriber. The government will take care of providing 100% of contributions made by subscribers to their beneficiaries. No added benefit or impositions were made on this provided amount. Only in case of a subscriber death.

10% of the salary (basic + DA) on an overall pay sum of 1.5 lakh from employee contribution. They will exempt it from tax imposition. Under the income tax act section 80-CCD(1). This is with the view of benefiting their employees for making contributions under this scheme. And the same as 10%(basic + DA) will be considered for the employer’s contribution. There is no tax imposition over partial withdrawal from contributions made by subscribers. For the amount received at the time of retirement is also treated as income. This amount will undergo tax accordingly.

The NPS rules are referred to as the central civil services rule 2021. From the establishment of the national pension system. They came into existence through the official gazette dated 30-03-2021.

General conditions while registering into the NPS scheme are as follows:

Contribution by Subscriber under the NPS scheme:

Contribution by Government under the NPS scheme:

To calculate the amount provided under the NPS scheme. One must know the procedure to calculate NPS. In terms of% of contributions made every month. The contributions made over the individual subscribers by the government. To check the pay when the interest rate undergoes the changes timely. 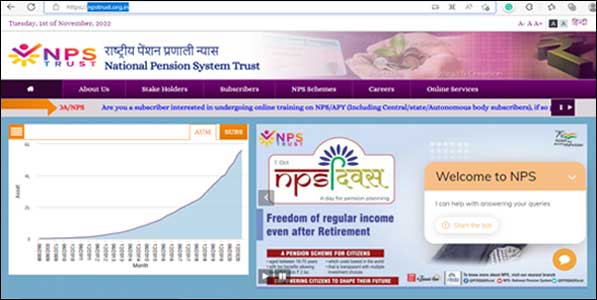 Step 2 - Enter the required details in the provided spaces. Like DOB and sum of contribution that you will do. 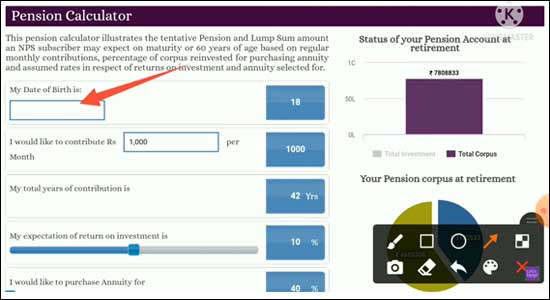 Step 3 - you need to adjust the% of the contributions that are confined to a certain limit by the government. It will display the expected monthly income so that you can adjust accordingly. The pie chart is about the provided pension corpus at the time of retirement. 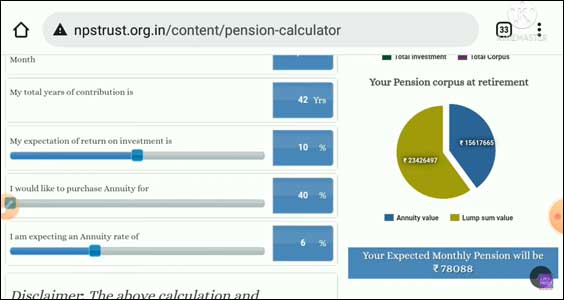 Conclusion: This is all about the NPS Scheme for central government employees. We have updated every query pertaining to this concept. We explained various concepts regarding this NPS scheme. Soon, we will give you more information about government employees and related news by the government. Thank you.